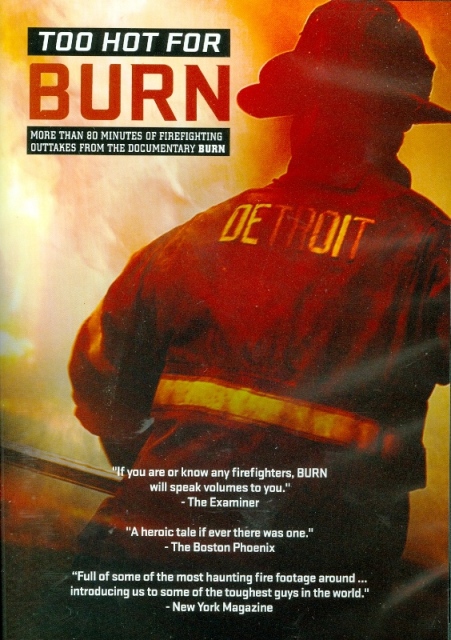 Too Hot For Burn

80 minutes of intense firefighting footage that we couldn't fit into the film!

Burn is an action-packed, award-winning film from executive producer Denis Leary, spending a year with Detroit firefighters who are charged with the thankless task of saving a city many have written off as dead.

Too Hot For Burn is chock full of thrilling fire footage that didn't make it into the movie! Straight from the edit room floor, Too Hot For Burn features more than 80 minutes of exciting footage, much of it filmed by the Detroit firefighters themselves.

Closer than you've ever been! Watch the Detroit Fire Department at work, and see through their eyes the incredible fire load these firefighters face every day in one of the toughest cities in America.