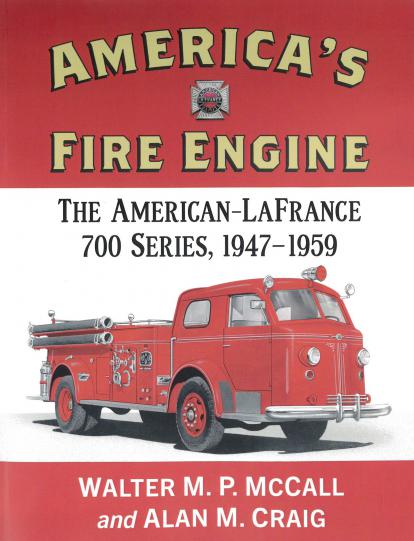 As World War II drew to a close, America’s premier fire apparatus builder—the American-LaFrance Foamite Corp. of Elmira, N.Y.—bet the company’s future on its radical new cab-ahead-of-engine 700 Series fire engines. In a spectacular gamble to capture the superheated postwar market, all of the company’s existing products were discontinued and its customers were essentially told to “take it or leave it.” This bold gamble paid off and 700 Series rigs soon filled firehouses across the nation, sweeping aside all competitors and ultimately defining the breakthrough 700 as “America’s Fire Engine.”

This is the first comprehensive history of the game-changing 700. Individual chapters detail not only each of the eight major vehicle types but also the origins, design controversies, manufacturing, and marketing of the 700 and short-lived transitional 800 Series. The book includes a meticulously researched registry of every 700/800 series apparatus delivered, supported by many interpretive tables detailing production, specifications and major fire department fleets.