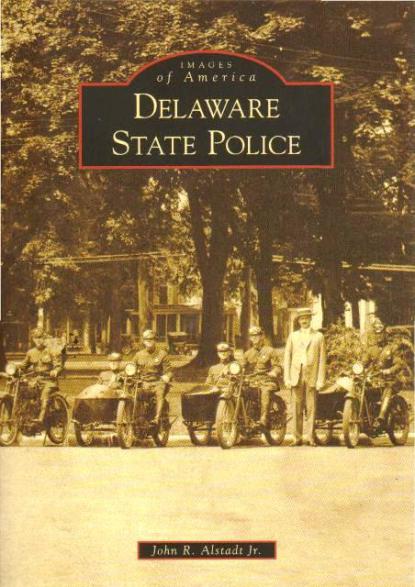 Discussions occurred as early as 1906 for a statewide police organization to cope with speeding automobiles, roving bands of troublemakers, and the ever-present bootleggers. Prohibition and the 18th Amendment brought the discussion to the forefront.

With the hiring of Charles J. McGarigle and Joseph A. McVey, the Delaware Highway Police Department came to fruition on January 1, 1920.

About the author:
Author John R. Alstadt Jr. is the curator of the Delaware State Police Museum. He has previously published In Memoriam, dedicated to Delaware State Police troopers who met untimely deaths, and With Love to Yourself and Baby: The Story of the Poison Candy Murder Case, a tragic double-murder in Dover 1898.