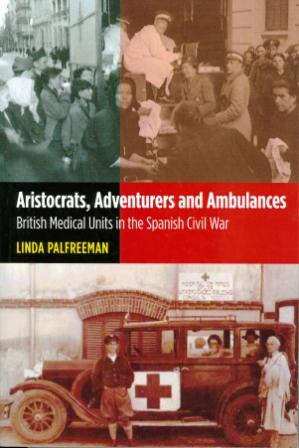 When a military coup provoked civil war in Spain in July 1936, many thousands of people around the world rallied to provide humanitarian aid.

Britons were no exception. Collective efforts in Britain to provide aid for the Spanish Republic were vast in both scope and effect. Whilst such enterprise has formed the focus of a few previous studies, some of the most dramatic stories of the Spanish war have yet to be uncovered.

This book seeks to shed light on the activities of two separate ventures that played important roles in British medical and humanitarian aid to Spain  the Scottish Ambulance Unit and Sir George Youngs Ambulance Unit.

The volunteer members of these teams (those who went out to Spain and those who supported them in Britain) earned the unstinting praise of the Spanish government for their selfless commitment to the cause, as well as winning the respect and gratitude of the citizens whose welfare they strove so selflessly to protect.

Recently discovered documentation reveals previously undisclosed details of these remarkably altruistic and, indeed, heroic enterprises, clarifying the reasoning behind their creation and documenting their endeavours in Spain  endeavours of key relevance to the wider history of the conflict.

In Spain, the volunteers of the Scottish Ambulance Unit and the George Young Ambulance Unit offered a heartening and inspiring antithesis to the suffering they sought to relieve.

They deserve to be remembered for what they embodied during those days of untold cruelty and destruction  outstanding examples of mans humanity to man.