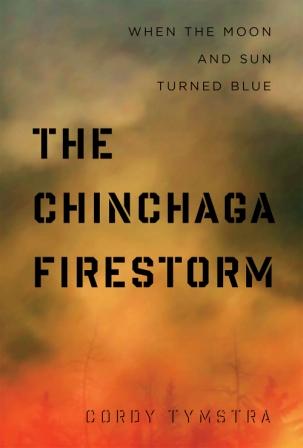 In 1950, the biggest firestorm documented in North Americaone fire alone burned 3,500,000 acres of boreal forest in northern Alberta and British Columbiacreated the worlds largest smoke layer in the atmosphere. The smoke travelled half way around the northern hemisphere and made the moon and sun appear blue.

The Chinchaga Firestorm is an historical study of the effects of fire on the ecological process.

Using technical explanations and archival discoveries, the author shows the beneficial yet destructive effects of many forest fires, including the 2011 devastation of Slave Lake, Alberta.

Cordy Tymstra tells the stories of communities and individuals as their lives intersected with the path of the Chinchaga River Firestories that demonstrate peoples spirit, resourcefulness, self-sufficiency, and their persistence in the struggle against natures immense power.

The 1950 event changed the way these fires are fought in Alberta and elsewhere.

The Chinchaga Firestorm will appeal to wildland fire scientists, foresters, forest ecologists and policy makers, as well as those who are interested in western Canadian history, firefighting and ecology.