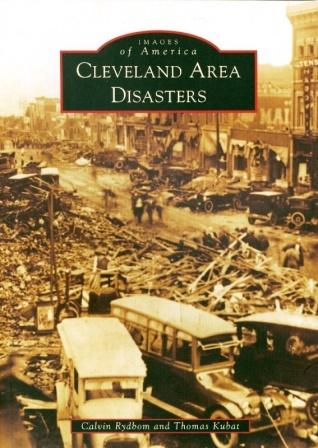 Cleveland Area Disasters looks back at the historic disasters to strike Cleveland in the first half of the 20th century.

It documents the tornados, fires, cave-ins, accidents, and explosions that befell the region during that period.

Most Clevelanders have heard stories of the Colinwood school fire, the Lorain tornado, the Cleveland Clinic fire, and the Ringling Brothers and Barnum & Bailey fire; however, over the decades, the true events and the tall tales that followed have become blurred.

Some disasters, such as the West 117th Street explosion and the Waterworks Tunnel cave-ins, seem almost completely forgotten.

Although tragic, the disasters in this book affected the lives of Clevelanders and often generated changes for the good, which prevented these sorts of tragedies from occurring again. Sadly, in some instances, they did not.