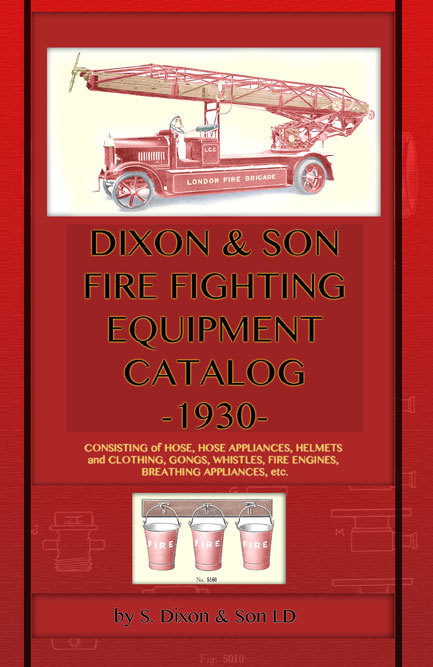 S. Dixon & Son, Limited was one of the United Kingdoms most prominent suppliers of firefighting equipment.

Originally founded in 1730 by Sam Dixon in Wolverhampton, England, Dixons original focus was the brass and tube trade. The company later moved to Swinegate.

Beginning about 1825 it had a rare distinction, in that it was owned and managed by a woman  Mrs. Sarah Dixon.

A fascinating look at cutting-edge fire fighting apparatus from the early 20th Century, this catalog is a wonderful resource for the museum docent, historian, collector or anyone who ever wondered what was it like back then?