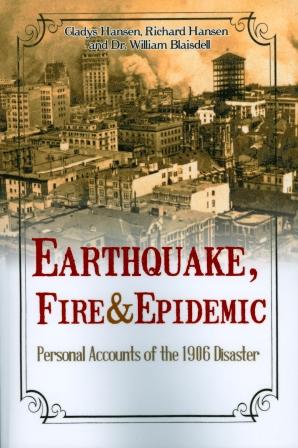 Almost five decades of exhaustive research by Gladys Hansen, Official Archivist Emeritus of San Francisco, makes Earthquake, Fire & Epidemic the definitive discourse on one of the most devastating natural disasters in American history.

With coauthors Richard Hansen and Dr. William Blaisdell, M.D., Gladys Hansen offers a comprehensive account of the events leading up to, during, and following the April 1906 Earthquake and Fire that devastated San Francisco.

Of particular significance, the authors discredit the deceitful efforts by San Franciscos political and business establishment who, to protect the commercial viability of the city, minimized the death toll and diminished the true magnitude of destruction.

Earthquake, Fire & Epidemic offers new documentation and provides insight into the incomprehensible scale of disaster that killed thousands of people, utterly destroyed a quarter of San Franciscos buildings, and rendered tens of thousands of survivors homeless in the Golden City by the Bay.