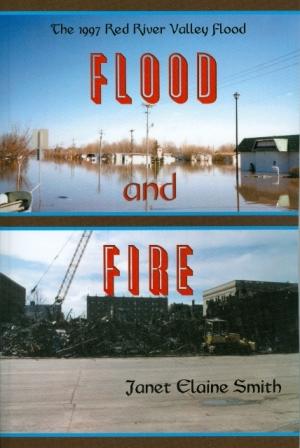 Janet and Ivan Smith had run a charitable organization there for 25 years, dealing daily with local traumas.

Now they were faced with not only their own survival, as well as that of their three adult children and their faithful dog, Harley Davidson, but the dilemma of how to help the other refugees. Janet was "recruited" at the Grand Forks Air Force Base.

Fire and Flood is the story of those people who lived through the flood of 1997 in Grand Forks, North Dakota-the traumatic events which brought national fame to the town very few people had ever heard of before that flood.

In the middle of the flood, helicopters had to fly in to extinguish the fire that blew from one historical building to another when the water supply in the hydrants was under water. Fire and Flood shows "the stuff the people were made of" and gives hope to others who have to endure such hardships.