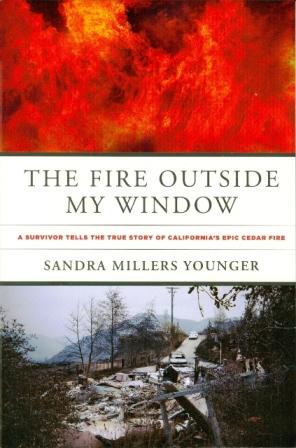 The Fire Outside My Window

Leaving her doomed home the night of the catastrophe with her husband, two Newfoundland dogs, and a cockatiel, Sandra Millers Younger drove through flames and was saved by a bobcat that showed her the road she couldnt find in dense smoke.

In this revealing narrative, she takes readers into the heart of an epic firefight, telling the stories of firefighters scrambling to combat a catastrophe bigger than theyd ever imagined, and recounting both survivors and victims desperate efforts to escape flames moving faster than fire engines can drive.

The Fire Outside My Window is a riveting and nuanced tale that captures the intensity of a runaway wildfire, honors those lost to its fury, and celebrates the human spirits innate capacity to triumph over adversity.