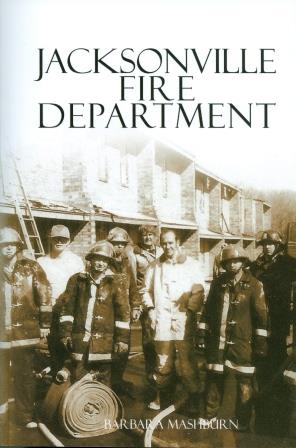 In 1941 the City of Jacksonville, Arkansas had a population of about 100 people. The city was protected by two fire stations. In 1941 this was a lot of fire protection for a town with such a low population. The fire stations were actually for the Arkansas Ordinance Plant (AOP). The AOP employed more people than actually resided in Jacksonville.

The fire department was staffed with eighty-five men that worked eight-hour shifts. The firefighters stayed busy handling the numerous fires that occurred at the AOP. When the first fire trucks arrived in Jacksonville, they were painted army green. Chief L.A. Pluche convinced the AOP to paint the new trucks red.

When the United States entered World War II, most of the men went off to fight. Because of the cut in manpower, the department adopted a twenty-four hour shift. During the next seven years the AOP continued to provide fire protection for the citizens of Jacksonville.

When the war was over the AOP was handed over to the U.S. Army Corps of Engineers. This resulted in the manpower at the fire department being reduced further. The department became a volunteer department with only five full time members.

Redmond Motors of Michigan purchased the entire ordinance plant in 1948. As part of the purchase Redmond also took over the fire department. Redmond paid the firefighters salary, and continued to provide fire protection for the town.

Lewis Hamlin of Redmond Motors made a deal with the city. Redmond would donate the fire station and equipment to the city. In return the city would pay the firefighters and maintain a class 6 ISO rating for fifteen years.

The deal was concluded in 1949 and H.S. McClung became the first fire chief for the Jacksonville Fire Department, for the city of Jacksonville. Unfortunately Chief McClung died while serving as chief. His term was from 1949-1950.

This book portrays our firefighting heroes in everyday settings from 1947 to 1969. , 963 pages, softcover