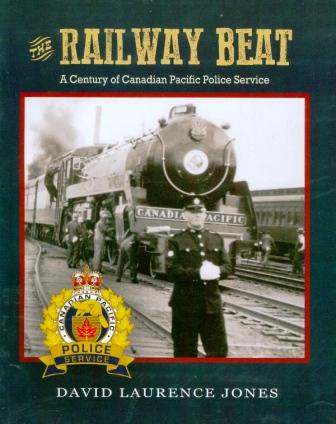 When the Canadian Pacific Railway was built in the early 1880s to connect the thriving cities of Eastern Canada with the fledgling communities on the West Coast of British Columbia, however, this first, tenuous lifeline of the wildly ambitious enterprise stretched across more than two thousand miles of rugged, nearly uninhabited wilderness  with no blanket authority or viable system of law enforcement.

Initially the country's own red-coated mounted police force took up the challenge of protecting the men and women who accomplished the national dream of forging a link from sea to sea and beyond; but, inevitably, the responsibility for the security of people and goods on the "World's Greatest Transportation System" would fall to the Canadian Pacific itself and the private police force which grew up with the company.

From its somewhat disreputable origins of ad-hoc groups of semi-autonomous armed watchmen and strike-breaking thugs organized at the local level to the fully-professional force created in 1913 by the CPR president himself, the stage was set for more than a century of Canadian Pacific Police Services to come.

The quiet efficiency with which its officers have conducted themselves in their ongoing battles with fraud, theft, smuggling, bombings, murder and mayhem, and the degree to which they have managed to avoid controversy and public scrutiny, speak well for the men and women on the Railway Beat.