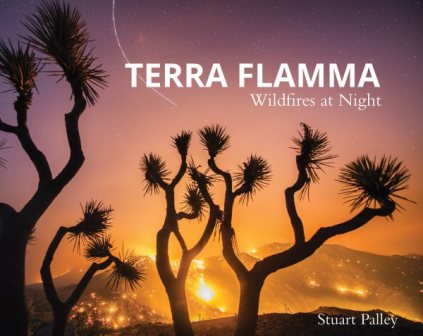 From the towering pines of Shasta Trinity National Forest, to the chaparral scrub of San Diegos Mexican border, to Yosemite and the Western Sierras, trained wildland firefighter and photojournalist Stuart Palley documents Californias raging wildfires and the forces behind them during the states worst fire season in modern history.

The dramatic images, a half-decade in the making, capture the simultaneous beauty and destruction that wildfires bring as fire seasons get longer and more deadly, expensive, and destructive. In the wake of Californias record-breaking series of wildfires in 2017, the images encompass five fire seasons and forty-five fires. They are presented chronologically and culminate with the wine country fire siege that devastated Sonoma and Napa counties in October 2017 and the Thomas Fire in Southern California, the largest in recorded state history.

This timely book defines the states drought and urban sprawl challenges, drawing a broader picture of global warming and its acute effects worldwide.