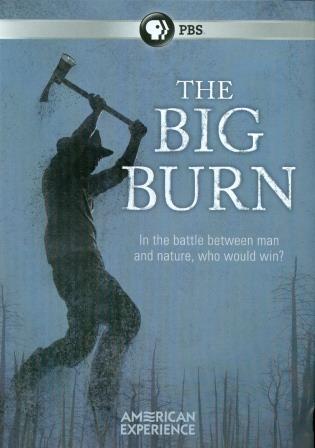 $24.99 in stock
Inspired by Timothy Egan's best-selling book, The Big Burn is the dramatic story of an unimaginable wildfire that swept across the Northern Rockies in the summer of 1910.

The fire devoured more than three million acres in 36 hours, confronting the fledgling U.S. Forest Service with a catastrophe that would define the agency and the nation's fire policy for the rest of the 20th century and beyond.

As America tries to manage its fire-prone landscapes in the 21st century, The Big Burn provides a cautionary tale of heroism and sacrifice, arrogance and greed, hubris and, ultimately, humility, in the face of nature's frightening power.