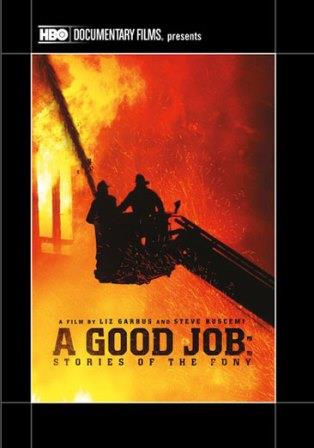 A Good Job: Stories of FDNY

Through behind-the-scenes footage and interviews conducted by award-winning actor Steve Buscemi  a former firefighter with Engine Company 55 in downtown Manhattan  this film touches on the personal journeys of several current and former firefighters while revisiting some of the FDNYs milestones, including the integration of women and people of color, the War Years of the 60s and 70s, the 1966 fire at Wonder Drug and the tragedy of 9/11 and its long-lasting impact on the FDNY.

Directed and produced by Liz Garbus (HBOs Emmy®-nominated Bobby Fischer Against the World) and produced by actor Steve Buscemi (Emmy® nominee for HBOs Boardwalk Empire), this hour-long documentary explores life in one of the most demanding and innovative fire departments in the world.

A Good Job: Stories of the FDNY is a genuine, raw and emotional look at the sacrifices firefighters make, the challenges they face, and reveals why the FDNY family truly lasts forever.