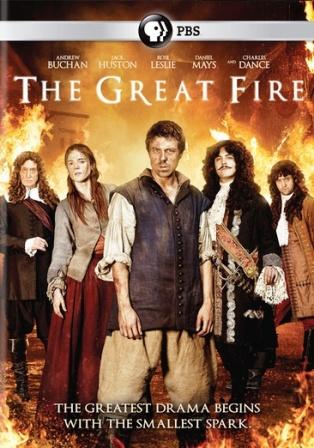 $29.99 in stock
Shortly after midnight on September 2, 1666, a fire started in a London bakery on Pudding Lane. The inferno burned its way into history as the Great Fire of London, raging for four days and bringing the city to its knees. Cathedrals, shops, inns were all lost and 70,000 of the city's 80,000 inhabitants were made homeless.

The Great Fire brings that history to vibrant life through the eyes of the people on the ground; from King Charles II to Samuel Pepys to Thomas Farriner, the King's baker in whose premises the fire began.

Starring Andrew Buchan (Broadchurch), Jack Huston (Boardwalk Empire), Rose Leslie (Game of Thrones), Daniel Mays, and Charles Dance (The Jewel in the Crown, Game of Thrones), this four-part drama recreates the chaos of a city imploding and the fear and rumors of treachery that took hold.