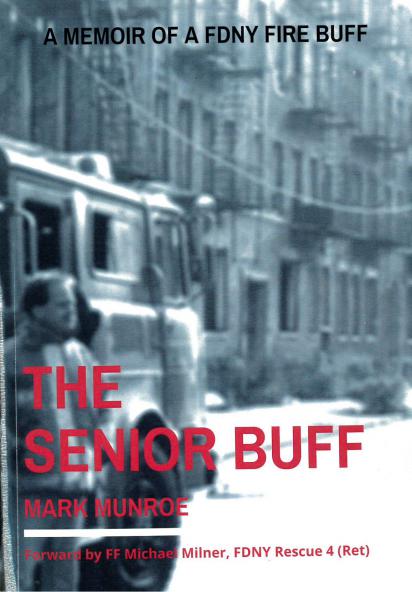 The Senior Buff: A Memoir of a FDNY Fire Buff

The Senior Buff gives the reader an inside and in-depth look at what it is like to be an FDNY Firefighter.  Mark Munroe spent 12 years experiencing what it is like to be a Firefighter in the City of New York. He spent countless hours with the members of FDNY Haz-Mat 1, Engine 288, Rescue 4, Engine 292, and at the World’s Busiest Firehouse, Engine 290 & Ladder 103 in East New York, Brooklyn. He spent long weekends, holidays and even weeks at a time "Buffing" in some of the most decaying neighborhoods of NYC. He witnessed rescues, major fires, murders, and firehouse pranks.

About the author: Mark Munroe started his career chasing fires in his hometown of Pembroke, NH at a young age with his father, a Pembroke Fire Chief. He spent 30 years in the fire service, both professionally and volunteer, rising through the ranks, and has taught firefighting around the world. He is now an Emergency Preparedness Planner and enjoys traveling in his spare time.