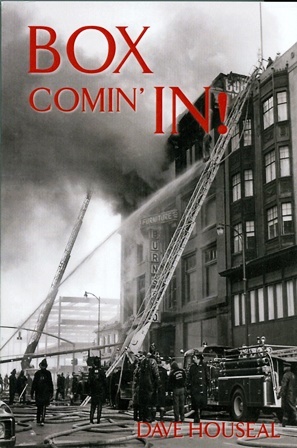 Following strong encouragement from his many readers, Dave Houseal returns after a 7 year hiatus from writing with his fourth and newest offering; appropriately titled Box Comin' In! Dave's fire service trilogy was originally published by DMC Firebooks from 2005 to 2011 but sadly Mr. Dennis Campbell, the genius of DMC Firebooks passed away in 2014, prompting Dave and his wife to try their hand at self-publishing.

During his long career in the fire service, Dave had more than a few experiences: some of them harrowing, some of them hilarious many found in the pages of his first three works. He picks up where he left off with an assortment of new characters and their tales of the Harrisburg Fire Department and the Central Pennsylvania fire service in this new volume.

Box Comin' In! is a welcome addition and has everything Dave Houseal's fans have come to expect.