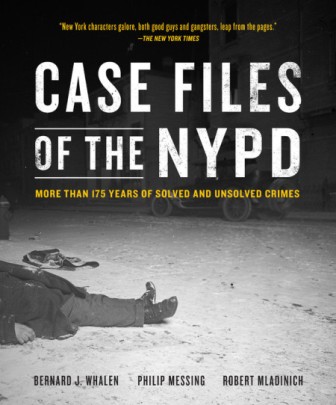 Case Files of the NYPD

More than 175 Years of Solved and Unsolved Crimes!

From atrocities that occurred before the establishment of New York’s police force in 1845 through the terrorist attack on the World Trade Center in 2001 to the present day, this chronological visual history is an insider’s look at more than 80 real-life crimes that shocked the nation, from arson to gangland murders, robberies, serial killers, bombings, and kidnappings, including:

Perfect for crime buffs, urban historians, and fans of American Crime Story, this riveting collection details New York’s most startling and unsettling crimes through behind-the-scenes analysis of investigations and more than 250 revealing photographs.