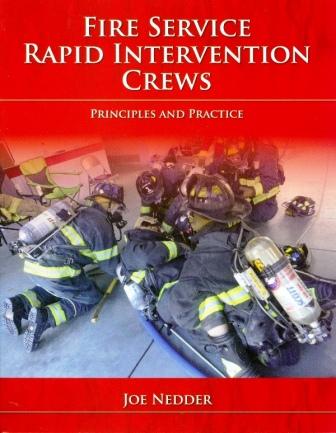 About the Author: Joe Nedder joined the fire service as a volunteer in 1977. He was an active member as both a volunteer and later as an on-call fire fighter with different fire departments for over 36 years, retiring from the Uxbridge Massachusetts Fire Department in October of 2013. During his career, he held different positions including Lieutenant, Captain, and Training Officer.

Joe started assisting with training in the mid-1980s and, in 1991 became a Certified Fire Service Instructor. He worked as an Instructor for the Massachusetts Firefighting Academy for over 16 years, where he was an active member of the Rapid Intervention and Fire Fighter Survival training team.

In 2003, he founded his own fire service training company, Cross St. Associates, in answer to the frequent calls he was receiving to help train local fire departments. Since then, his company has grown, and he has conducted training throughout the Northeast.

Joe has contributed articles to Fire Engineering Magazine and has taught several classes at the Fire Department Instructor Conference (FDIC) since 2010.

Although retired from active fire fighter duty, he continues to be active in training. He is known for his passion when training and for his commitment to all fire fighters, regardless of the size of their departments, to share, teach, and do all he can to provide them with knowledge and skills.