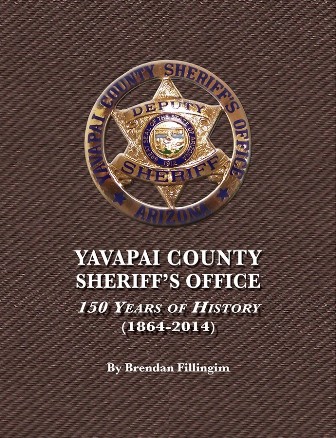 Central Arizona was first surveyed by the Walker Party, who came to Arizona in 1863. Arizona was at that time a territory and newly formed out of the New Mexico territory in February 1863. In 1864, the first counties were organized in the territory of Arizona. The counties were Pima, Mohave, Yuma and Yavapai.

Yavapai County was the largest of the counties, with a size of approximately 25,000 square miles. Law and Order was needed in these new counties. On June 22, 1864, Van C. Smith was appointed the Sheriff of the Arizona Territorys Third Judicial District by the territorial governor. The third judicial district later became Yavapai County in the fall of 1864, by order of the territorial legislature. Sheriff Smith is said to have been one of the first ten people to settle in the new Arizona territory in 1863. Over the next several years many people from back East rushed to Yavapai County and other locations in Arizona to find their fortunes. Yavapai County was a rough and tumble place for many years.

Over time additional early towns sprang up over Yavapai County: Jerome, Poland, Camp Verde and Flagstaff, among others. It has been said that in the late 19th century Jerome was the Las Vegas of the time. Only a handful of men in the history of the this great country have been able to enforce the law and keep order as Deputy Sheriffs of Yavapai County, and even fewer yet call themselves the Sheriff of Yavapai County.

This book covers the history of the Office of Sheriff in Yavapai County, Arizona, from territorial days through today in biographies, descriptions of historical events and photographs through the years.