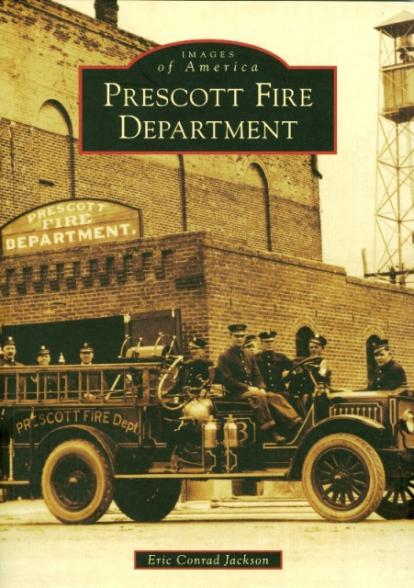 Founded in 1885, the Prescott Arizona Fire Department began with four 25-man volunteer companies, the Dudes, the Toughs, the Mechanics Hook & Ladders, and the O.K.s. These 100 men reflected both the common man and the leaders of the region.

Over the years, their numbers would include governors-to-be F.A. Tritle and Thomas Campbell, business leaders H.D. Aitken and A.A. "Tony" Johns, and numerous members of the Goldwater family.

The Prescott Fire Department would go from a volunteer department to a fully paid department of 80 firefighters, operating out of five stations and covering an area of 40 square miles.

About the Author: Eric Conrad Jackson is a 12-year veteran of Prescott Fire Department, with 20 years fighting wildland fires and 30 years in the Prescott community. Jackson has spent the past decade scanning old department slides and photographs into digital form. Materials have been accrued through these efforts as well through the scrapbooks compiled over the years.

Sharlot Hall Historical Society and Prescott Antique Auto Club were instrumental in providing insight into the earliest years of the department.