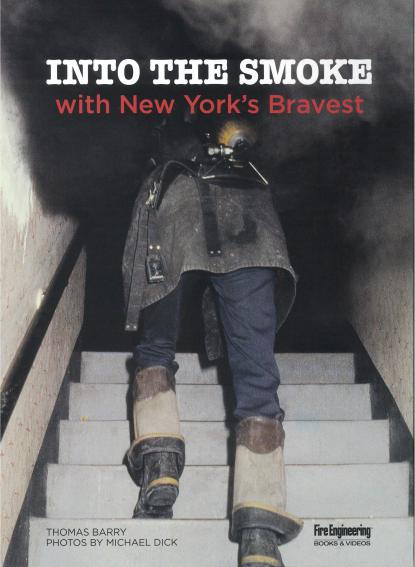 Into The Smoke With New York's Bravest

Into the Smoke is a work of photojournalism and traces Tom Barry’s career as a firefighter—spanning parts of four decades in FDNY—along with the forty-year effort of noted freelance photographer Michael Dick.

The era covered in this book is best known in the fire service on the east coast of the United States as the War Years, the urban decay and social unrest that started in the 1960s and persisted, continually fed by arson for profit, into the 1990s.

Firefighting is a truckie blindly crawling down a smoke-filled hallway, searching for victims, hoping to find them before the fire does. It is an engine operator, calling on the last ounce of strength and pushing deeper into the apartment to extinguish the fire in the rear bedroom and beat the “Red Devil” one more time.

Fellowship of the firefighter
Fantasies from childhood intertwine with the terror of impending death, the pain of disfigurement, the joys of success, and the comradeship and respect of their peers.

Many of the fires depicted in this book predate OSHA personal protective equipment (PPE) requirements. This period was a fertile stage for innovation and development of firefighting techniques and equipment.