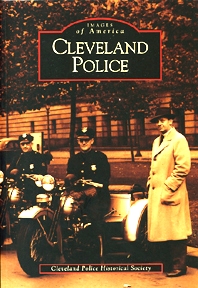 When Cleveland, Ohio, was incorporated as a city on March 5, 1836, the population numbered less than 6,000.

In its heyday, the city was touted as the “Sixth City” when the population soared to 560,663.

Today, the Cleveland Division of Police serves and protects 478,403 souls. Over the years, the division has been a pioneer in many aspects of policing, including criminal identification, scientific investigation, and communications. In the 1920s and 1930s, Cleveland had one of the most progressive and efficient departments in the country.

The first use of a surveillance camera to identify bank robbers, which led to their quick arrest, occurred in Cleveland on April 12, 1957. However, the job of protecting and serving the people has never been easy—to date, 107 Cleveland police officers have died in the line of duty.