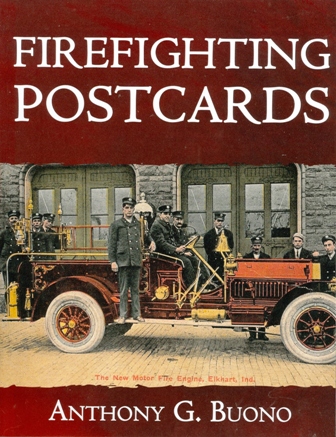 Postcards from 1905 to 1915 offer a wonderful and colorful look into the transition from horse-drawn fire apparatus to motor fire apparatus. Soon after picture postcards were introduced in 1893, people started collecting them. As the popularity of post cards increased, the scope of the subject matter broadened significantly. In an era before television, postcards offered a convenient and inexpensive way to capture and share images of everyday life in America. Fire apparatus, fire stations, fireboats as well as major fires all were perfect subjects for postcards.

In the decade between 1905 and 1915 postcard collecting and usage reached epic proportions. Almost a billion postcards were mailed each year in the United States. This period has come to be known as the Golden Age of Postcards. It overlapped almost perfectly with the transition in the American fire service from horse-drawn to motor fire apparatus.

This book explores this fascinating period in the history of the American fire service. The text is illustrated lavishly with more than 100 color postcard images of horse-drawn and motor fire apparatus, firefighting, fire stations and fireboats.