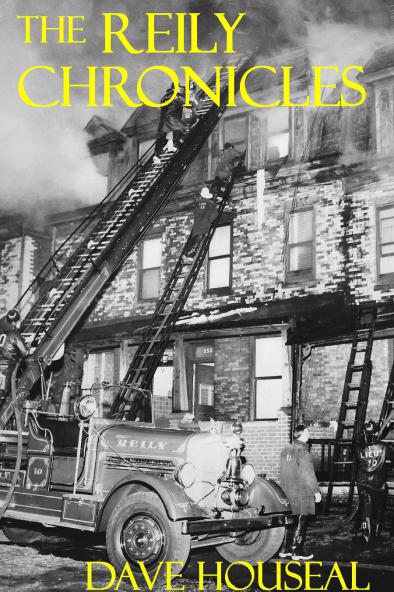 THE REILY CHRONICLES was written as a direct result of the Covid-19 pandemic.

On March 14, 2020, Dave Houseal was the last staff member to turn out the lights and lock the door closing the Pennsylvania National Fire Museum. Due to the pandemic the all-volunteer operated fire museum would not reopen for several months. With the museums closure plus the cancellation of numerous fire related shows, expos and musters which the fire museum depends upon for their income--the treasury was dwindling with no foreseeable way to replenish it.

By May, Dave began gathering his previously written historical articles and stories buried in old newsletters, convention books or posted on social media, rewriting them, adding new material and lots of photographs to publish a new book as a major fundraiser for the fire museum to help offset its lost income.  On short notice, with a lot of work and assistance from museum staff, THE REILY CHRONICLES quickly came together.

THE REILY CHRONICLES is Dave Houseals 5th book as an author and 2nd as an independent self-publisher. To his loyal readers who have enjoyed his style of writing and Harrisburg story-telling in the previous four, this book is slightly different in that it deals more with historical fires, apparatus and events and slightly less about some of the characters.

The Pennsylvania National Fire Museum is the former Reily Hose Company No. 10 so it was only fitting to call Daves new offering-THE REILY CHRONICLES.