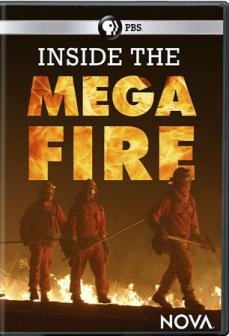 $19.95 in stock
Just a few months after California's devastating Carr Fire, another blaze became the deadliest and most destructive wildfire in the state's history. As residents raced to evacuate, the Camp Fire devoured 150,000 acres and claimed 86 lives. But how did it get so big so fast? And why are megafires like these becoming more common?

NOVA goes to the front lines of the deadliest fires of California's 2018 fire season to hear from the people who had to flee - and the scientists racing to understand what's behind these record-breaking infernos. Researchers take to the forest, and even a fire lab, to understand the increasing megafire threat. They explore the physics of fire itself, documenting how firestorms move and travel, and what causes phenomena like fire tornadoes. In the process, they decode the link between climate change, drought, and wildfire. And they show how those environmental factors -combined with a century of fire suppression in the American West and new residential developments in the forest - may have created an unprecedented risk.